The iPhone SJ: the beautiful mock-up inspired by Steve Jobs 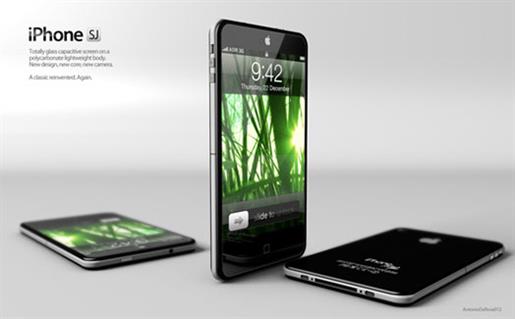 Talk regarding the next generation iPhone has died down a lot since the release of the iPhone 4S and the attention now has turned to the iPad 3 but designer Antonio De Rosa has created this mock-up of the iPhone SJ which he has stated is inspired by the late Steve Jobs.

Most of the talk about the next iPhone has been around its performance and little has been said about the design.

The iPhone SJ is a totally glass capacitive screen on a polycarbonate lightweight body, with an A6 dual core processor and new 10 megapixel camera.

This is a beautiful vision of what the next generation of iPhone could look like but in our opinion doesn’t seem too likely. It is pretty much a given that the next iPhone will include a new quad-core processor and possibility a 10 megapixel camera but Antonio De Rosa’s mock-up is just a little too similar in shape and look to the current iPhone.

Apple’s redesign of the iPhone normally steps in a new direction with a clear difference between the new and previous model.