Google Nexus 7 to be released mid-July 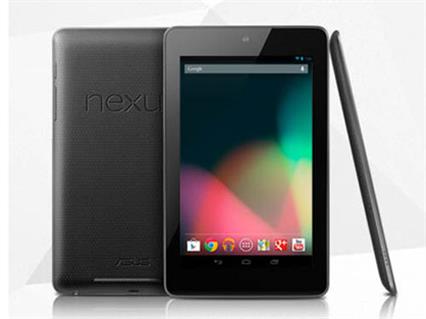 Google have announced that they are going to be releasing the Nexus 7 in the middle of July, with pre-orders already available on Google Play.

The Nexus 7’s impressive specification and reasonable price tag, has had many saying it will put pressure on Apple with the release of the iPad mini coming up to lower their prices.

The tablet comes in at 340g (which is half the weight of the iPad), with a 7inch 1200x800 HD display IPS Gorilla Glass screen and quad-core Tegra 3 hitched up to a 1GB RAM enabling it to power its all-new Jelly Bean (Android 4.1 OS). Also the Nexus 7 is the first Android device to run Chrome as a default browser.

Google are offering an 8GB and 16GB tablets and pricing will start at around £160.

However with the rumours of an iPad Mini just around the corner, will Tablet fans hold out for the Apple tablet or grab up the impressive Nexus 7?

The iPad mini is rumoured to have a screen between 7-8inches and retina display, but the tablet will have to equal the Nexus 7’s wallet-friendly price tag...