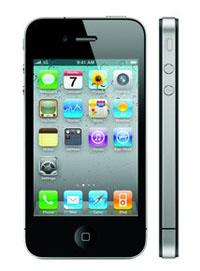 Yesterday was Apples big announcement; the excitement for all Apple users was that it would be the unveiling of the iPhone 5 but a little disappointingly the announcement was only for the iPhone 4S...

The iPhone 4S looks exactly the same as the iPhone 4 but Apple executives insist that the 4S will impress the public with all its new features.

What are all these amazing new features?

Apple said that the new iOS 5 software will bring 200 new features but the most notable new features of the iPhone 4S are:

With these less impressive predictable upgrades, Apple did announce quite a cool feature a talking personal assistant named ‘Siri’. Siri combines voice activation and artificial intelligence in which iPhone 4S users can hit their home button and simply ask to make a phone call or questions like “what the weathers like?”

Siri will then respond to your requests.

The iCloud was also another cool feature, as it now eliminates the need to sync devices. The iCloud has the ability to have things like pictures, apps and documents synchronised without the plugging and unplugging of wires. This feature isn’t just for the iPhone 4S but also the iPhone 4 and the iPhone 3GS, as well as the iPod touches.

At this time it is unclear how long it will take the phones to sync (over WIFI) which could be slow especially with the iPhone 3GS.

Although Apples announcement may be disappointing to a lot of people, due to the fact everyone was expecting the release of the iPhone 5, Apple ensures the iPhone 4S packs a punch and is the most amazing iPhone yet.