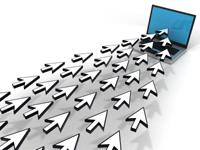 Twitter is one of the most popular social networks for Estate Agents. The Estate Agents at the top of the twitter-pile have hundreds, if not thousands of people following their tweets. Without banging on too much why Estate Agents should not write off twitter, the popular micro blogging website has now reached another milestone.

Community building message out the way, Estate Agents will be interested to know that Twitter has reached an astonishing 200 million registered accounts.

Facebook has over 500 million users worldwide and it doesn’t take a genius to see that Twitter is closing the gap. If you’re not on Twitter, it may be time to have a think about joining.