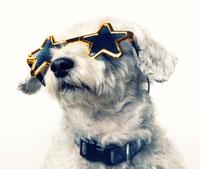 Twitter is one of a celebrity’s greatest assets. This online tool gives them the ability to broadcast a single message directly to each individual follower. Sure, not every single follower will read the message but their influence but it is almost guaranteeing traffic to whatever they endorse.

Just look at the numbers at some British twitter celebrities. Stephen Fry, Lilly Allen, and Russell Brand all have close to an outstanding 3 million followers. When they tweet, people listen.

Which is why when Stephen Fry endorsed Pushnote, it is not a guarantee that it will succeed, but it is a guarantee that there will be an initial avalanche of traffic. There have also been reports that such celebrity endorsements on twitter have ‘broken’ websites due to the sheer amount of people trying to access that particular website.

To me, Pushnote seems an echo of Google’s forgotten web annotation tool called Google Sidewiki which was released in September 2009.

Pushnote is installed onto your browser and allows any user to independently review any web page on the internet as well as being able to see every other review. Not only that, but by connecting through Twitter and Facebook you can see what your friends also commented on the same web page.

By giving people a say, and being endorsed by a prolific twitterer, Pushnote does have a chance of succeeding – only time will tell.

Before you shut down your twitter account forever and give up, it is important to realise that the quantity of followers really doesn’t matter to an Estate Agent.

What matters is that you engage with local people whether they are your followers or not.

Use twitter search to find local people, follow them and also follow any other local people that they speak to. It is then a case of simply talking to them as normal people instead of blindly tweeting out properties in monotonous succession.

Sure you can promote, everyone does but by concentrating on talking or ‘engaging’ to people, you are naturally promoting your Estate Agency whether the user knows it or not. Then when the time finally comes round to talking about property guess who’s there waiting to offer their services…