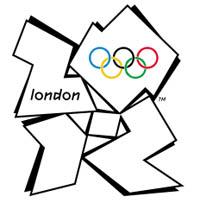 Those chartered surveyors and commercial agents with an eye for sport and technology may have noticed how we were constantly being told in the run up to London 2012, that this Olympic games would be the “worlds first social games”.  Well if research carried out by social media marketer, Wildfire is anything to go by, it certainly seems to be.

It is interesting for instance to see how Team GB’s gold rush has been effecting individual athletes profiles:

Many social media platforms are giving us the opportunity to get even closer to the action and even the athletes themselves.

Smartphone Olympics
The huge increase in smartphone ownership that we have seen over recent years has enabled us to not just follow the Olympics, but to watch, comment and even participate.

A number of Apps have been released that enable fans to aggregate the huge amount of Olympics related tweets, updates and photos that are shared across a huge range of social media platforms. The BBC and the official Olympics Apps for instance help you track events, follow results and connect with other fans in real-time.

Putting the ‘Great’ Back
A “social games” that engages people and brings them together of course meets a key mission of the Olympics, that of “global togetherness in sport”. But perhaps more importantly for us, these games have put a smile back on Great Britain’s face, brought us together and made us proud to be British in all our diversity. Long may it continue.