Is Chrome dominating the home market? 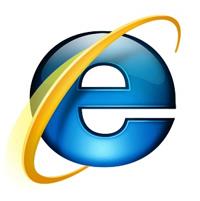 Internet Explorer has made a bit of a comeback in the last few years but new studies suggest that our home computers are more likely to be running Chrome or Safari.

Microsofts browser IE is still the UK’s second most popular browser but over weekend periods the browsers usage declines a considerable amount.

Yet, over the same period of time, Chrome and Safaris usage shoots up. This leads us to believe that these two browsers are being used a great deal more to surf the web from personal computers.

Since December 2012, Chrome has been the UK’s most popular web browser controlling 34% of the market, with Internet Explorer in second place with 30% of the market. Safari however sits in fourth place but looks like it could take over Firefox within the next month or two.

Internet Explorer may not be in as much trouble as you think though, as IE9’s dip in usage was considerably less than that of IE8 which suggests it is doing better on home computers.

The browser also had a small rise overall this month but after its drastic decline over last few years, the increase doesn’t appear to look like it will concern Chrome at the top.

This is just another warning to Microsoft that Chrome is further taking their market share unless they can keep both business and consumers happy.

This time two years ago, Internet Explorer held the top spot with 49% with Chrome in third place behind Firefox with only 18% of the UK’s browser market.

If the statistics follow suit, IE will only fall further possibly even allow Apple’s Safari to takeover within the next few years.