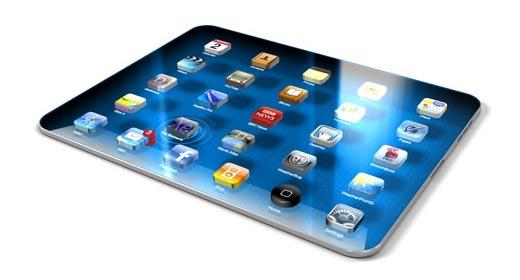 Now we are over the release of the iPhone 4S, it is now time for us Apple fans to move towards the possibilities of Apples upgrades to its ever popular tablet... the iPad.

The Apple iPad 2 has been out since spring 2011 making it old news in the tech world, now rumours of the iPad 3 are circling the web including the popular rumour of a Retina Display that'll match the pin-sharp resolution of the iPhone 4S's screen.

But what are the likely upgrades and improvements for the iPad 3?

Unlike the iPhone 4S, Apple seem to be planning a rather radical revamp of the iPad which has been said to have the potential to replace your TV and PC in one swoop!

Here’s everything we’ve heard so far:

The Apple iPad 3 specs include a dual-core processor:

The iPad 3 having a new processor, Apple’s A6 is a popular rumour.

A retina display was widely predicted for the iPad 2, but of course the current iPad doesn't have a double-resolution display: for now, that's something you'll only get in the iPhone 4 and iPhone 4S. Could an iPad 3 Retina display be on the way?

The iPad 3 hardware could include an NFC chip:

Apple's very interested in Near Field Communications, and one particularly tasty rumour at Cult of Mac suggests that the iPhone 5 will use NFC to take over nearby Macs, enabling you to use your data and settings with a flick of the wrist.

The iPad 3 specifications will include more storage:

With our current tablet storage options are the standard 16/32/64GB but with flash storage costs’ coming down in price is the 128GB option for the iPad 3 likely?

The iPad 3 could be thicker:

The iPad 3 might be bulking out, reportedly so it can house a higher-resolution display than the iPad 2, and the extra girth is all down to pixel density.

The iPad 3 specs might include an SD card slot:

This again was widely predicted for the iPad 2 and, like the Retina Display, didn't materialise.

The iPad 3 specification should include a better camera

The rear-facing camera on the iPad 2 isn't brilliant: an iPhone 4S-style camera and flash would be a huge improvement.

Could the iPad 3 have Kinect-style gesture controls? We're not so sure, but rumours suggest it might be on the cards...