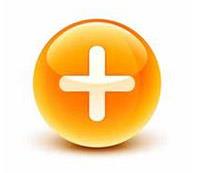 Studies have proven Google +1s are more search-friendly than Facebook Likes meaning they have a larger impact on your rankings within Google.
The study analysed over 100 million ranking signal metrics to discover the importance of Google +1s over other social signals.
They also compared URLs rankings throughout competitive sectors, comparing the amount of ‘+1s’ and ’Likes’ with each URLs popularity.
The findings based on ranking correlations showed that +1s were 28% more effective than Facebook Likes.

The popularity of the websites within social campaigns seemed to have a huge affect with Google rankings, with website ranking position 2 and 3 having over 50% more Google +1s than all websites ranking below them. And with website ranking position 1 having double the amount that position 2 and 3 have, making it clear that both brand popularity and Social media are now very important for SEO.

However this doesn’t mean you should drop Facebook for Google+. The study showed that you are more likely to gain Facebook Likes (obviously due to the popular of Facebook compared to Google+ in the UK) and the sheer quantity of the ‘Likes’ may even outrank the Google +1s even if they do carry more weight.

In conclusion, the study found that Google +1’s are more helpful when trying to gain higher rankings as Google +1s carry a lot of weight within Google’s algorithm. Although with Facebook Likes being easier to gain, both should be considered and put in place as part of a blended natural search strategy.