Gadget of the week – Brand new instrument: The Linnstrument 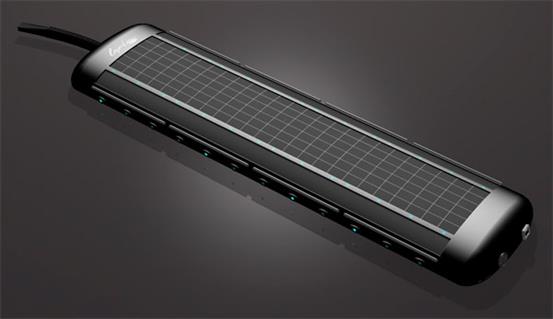 Back in October Resource Techniques covered 5 killer songs for Estate Agents and after 7 months we feel that it is time that musically talented Estate Agents try their hand at the latest instrument to be invented – the Linnstrument.

Back in 1979 Roger Linn designed the LM-1 Drum Computer. It was the first ever drum machine that used digital samples of a real drums. Although many Estate Agents will not have heard of him, he had revolutionised the world of electronic musical instruments and his invention can be found on tracks by musical icons such as Prince, Madonna and Michael Jackson.

The Linnstrument allows the musical Estate Agent to use just one finger to dictate the volume, timbre, pitch and pressure in a truly fascinating piece of equipment. The above image is only a visualisation of the final product as the final instrument has been completed but Estate Agents can watch Roger Linn use the Linnstrument prototype in this video.

Troy Stanley CTO of Resource Techniques comments, ‘Sources inform me that Roger Linn has unveiled his Linnstrument so that he can attract investors to finalise the finish product. I do suggest watching the video to see what could be possible.’