Estate Agents - A New Year for some brand new gear. 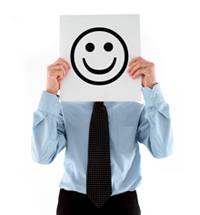 Before the Christmas Break, Resource Techniques told Estate Agents that it's time to reflect on your achievements. Hopefully Estate Agents did give themselves a good pat on the back and an overindulging rest over the festive season.

Now it's a new year and many have a positive outlook for 2010. Many see it as a year of recovery and a time to rebuild on what has been destroyed on the market crash. This is well and good but Resource Techniques sees 2010 in a different light.

So how does the team at Resource Techniques foresee for 2010?

If one thing from cinema has taught us is that by now we should be driving flying cars, have contacted aliens from outer space and we will have enslaved a whole army of robots to do our most monotonous chores. Now we are here we can see that this is certainly untrue.

2010 will still be a year of technology. Below is a list of technology that Estate Agents should be looking out for: