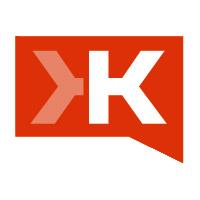 Last week Resource Techniques released an article stating that social media works through some interesting Rightmove stats. Another excellent read that there are some damn good reasons why Estate Agents should invest time and effort into social networking. If you have not waded into the social media jungle by now, you should be asking yourself why.

For those that use twitter and Facebook to engage their local community and industry leaders, promote their brand and contribute to the grey area of social media Search Engine Optimisation (SEO) we have a little treat for you.

Klout (est. 2009) is an analytics company that collects data from a person’s Facebook and Twitter account to give a score of influence such as number of followers, retweets and number of lists on twitter to calculate their score.

Klout gives more than a score though, it shows who you are influenced by and their score, who you influence and a Klout classification matrix that shows you what type of user you are.

Not only that but Klout gives further analysis into your score by providing amplification (chance that your tweets will create action), network (how influential your audience is), and your true reach (the number of people you engage with).