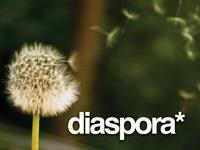 Facebook and the media’s relationship has been slightly stormy of late. One attempt at reconciliation is the addition of a ‘panic button’ for teenagers to combat safety issues.

Although that has yet to succeed or fail the biggest concern for a modern user is privacy – what happens to your data and who can see it.

It was then only a matter of time before someone somewhere came up with a social network that guaranteed the safety of its user’s data.

Diaspora is one such social network that has generated a lot of hype after receiving a significant amount of donations and raising over $200,000.

Interestingly the term ‘diaspora’ means the movement or migration of a people away from an established homeland – even the name shows that they are after a portion of Facebook.

It has now surfaced that Diaspora is set to be released in open source on the 15 September.

Troy Stanley, CTO of Resource Techniques comments, ‘Only time will tell if Diaspora can siphon off even some of the 500 million Facebook users worldwide.’