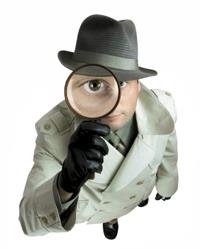 OK OK Estate Agents, you can stop foaming at the mouth… Oh, you’re not? Well you should be.

Previously advanced Twitter users “in the know” only had a handful of good 3rd party websites giving background information, whereas newer users simply monitored how many followers they have - something that all Twitter should stop basing the success of their twitter profile.

It is OK as a guideline and a lot of followers can look impressive, but tweeting to 1,000s of people from Twitter’s Follow Friday who are not in your local area doesn’t compare to having a single follower who has the potential to become a customer. It is simply a case of quality over quantity.

With Twitter analytics, Estate Agents will be able to see a whole variety of information such as the most successful tweets as well as tweets that prompted. The great news is that there are rumours that this service, again similar to Facebook and Google, will be completely free.

Now I can see that you are foaming at the mouth.