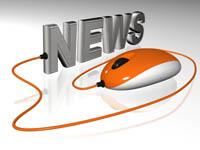 Incredibly projections by the ITU are showing that the Internet is going to have 2 Billion users by the end of this year. With just under 7 Billion people on this planet, this means that under one third of people will have access to the internet.

This is an outstanding statistic and a benchmark for the technological advancement of the internet (and the human race).

It has also been revealed that 65% of the total population of Europe is now online still leaving massive growth potential for ecommerce and social networking.

Back in June, Twitter stated that they were seeing 2 billion tweets per month and Facebook surpassed 2 billion monthly video views.

This is yet another indication to Estate Agents that internet use is continually growing – there is no time like the present to take your online presence and online marketing seriously.