What’s the latest hot news for tech? This week we have decided to fill your heads with the latest news regarding mobile technology. 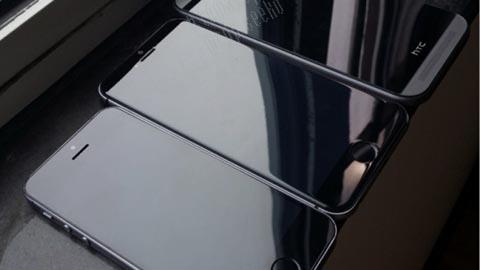 It seems like Apple’s iPhone 6 is being leaked more and more as the days wind down to its possible announcement later this year.

These new images of the iPhone 6 are led next to the HTC One (M8) and the iPhone 5S in a comparison shot.

The pictures were leaked earlier this week on the Japanese site, ascii.pp, showing off the new iPhone 6 compared next to iPhone 5S from numerous angles.

From the images, the most noticable change to its predecessor is its size. The next generation iPhone size doesn’t look to be far off the HTC One.

Secondly the new handset seems to be significantly thinner than the iPhone 5S. The iPhone 5S comes in at 7.6mm and in comparison to the iPhone 6 looks rather chunky!

However there is still no official word and isn’t likely to be until this autumn but if the rumours can be believed it is likely that we will see a slimmer iPhone with a larger screen, similar if not the same as the leaked device above.

For those of you who are big fans of the Kindle, this may be the next smartphone for you. Amazon seem to be on a mission to take on the tech giants and rumours have been going around for a while now regarding an Amazon Kindle phone wihch should be released just in time to take on the iPhone 6, Samsung Galaxy S5 and HTC One (M8). 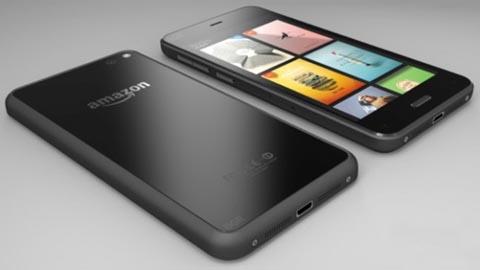 Amazon has invited the world to join them at a launch event on 18th June in Seattle. The event teaser is a glimpse at what appears to be a Smartphone!

The Amazon Kindle phone is rumoured to have eye-tracking ability. The Kindle phone will have four front-facing cameras at each corner of the phone to track your eyes, along with one more to be used as a regular facing camera.

Specs for the Kindle Phone of course won’t be confirmed until tonight but rumours suspect we can see a Qualcomm Snapdragon 805 quad-core processor, 2GB of RAM and 16GB of storage, meaning it will be very powerful.

The event will kick off at 6:30pm this evening.

Rumours speculate that Google is set to announce its very own health tracking software called Google Fit to take on the recently announced Health app by Apple.

Google is likely to unveil Google Fit at its I/O conference on the 25th June.

The software will collect and combine data from various fitness trackers and apps, making it easier to track and monitor your fitness efforts. Google is suspected to announce partnerships with a wearable device makers at their conference later this month.

With all the tech giants announcing the launch of their own fitness data platform (Apple Health and Samsungs Sami), it comes as no surprise that Google has developed their own.

It even looks like Microsoft will be getting in on the fitness scene, with a watch that continuously monitors your heart rate, along with its own fitness data platform (HealthVault) which is already a web-based platform that stores health information.