Would you talk to a random stranger on the internet? 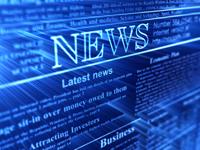 The internet universe has moved on from the late 90's chat rooms into something many will find a little discomforting. What could be more discomforting than a chat room full of strangers? How about having a video conversation with a single stranger? Sounds weird? Read on...

Now a website called ChatRoulette randomly connects two strangers together to talk over the keyboard and/or webcam. If you don't like the person you are talking to you can simply click next and the person is disconnected, hopefully never to be seen again.

Oddly enough this website has seen a surge in traffic seeing about "20,000 users on a typical night" according to website's seventeen year old founder Andrey Ternovskiy.

There are currently reports on the internet that there are a few issues with obscene behaviour but this could be down to a single person only moderating the ChatRoulette website.

Estate Agents, do you like the idea of talking to random people on the internet? Have you tried it? Let us know via our Facebook fan page or Twitter profile.