Where the internet lives 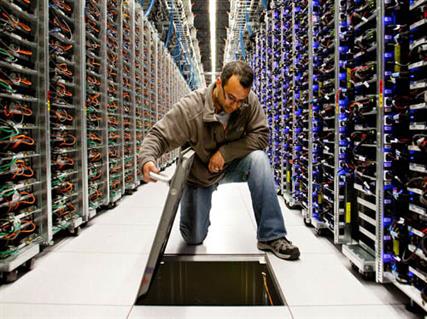 Google has revealed the inside of their high tech data centres, giving us the chance to see where the internet really lives.

Fair enough, despite popular belief, the internet exists independently of Google but a copy of part of it does exist at this data centre in the USA.

What’s down the hatch?

The guy pictured above is actually checking the under floor water channels that helps to cool the wall of servers to his sides.

What happens if the internet breaks?

There are multiple backups kept in several locations but if a drive fails it is destroyed so your personal data will be safe. 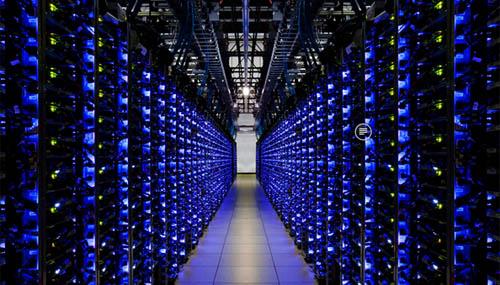 What we have heard in the past about what it’s like to work for Google just seems to be about eating a lot of food for free and sitting on beanbags.

It is true that there are many perks if you work for the Search giant and it does seem to be a fun place to work.

For example in the image below you can see the G-Bike, which is part of Google’s campus transport scheme that is used to get around the server farm.

Also in the Finland data centre, one of the meeting rooms has an en suite sauna. 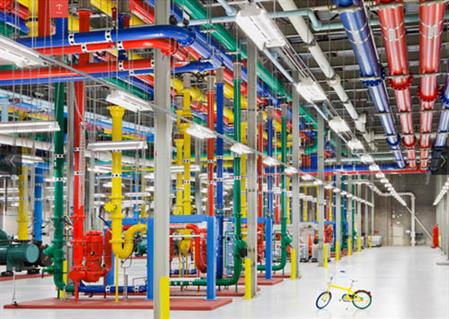 This is a rare look behind the server aisle. Here are hundreds of fans funnelling hot air from the server racks into a cooling unit to be recalculated. The green lights are the server status LEDs reflecting from the front of our servers. 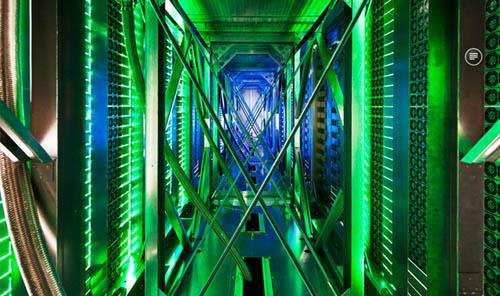 So what do you think of Google’s data centres?