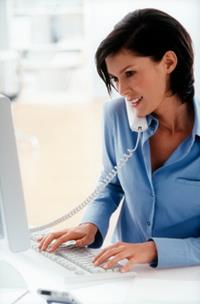 Facebook, one of the most popular social networking websites on the planet, was in the news this week for having 300 million users, which is almost the same amount as America's population last year (304 million!) and Facebook is also releasing Facebook Lite. Facebook Lite is a slimmed down version of Facebook that doesn't include some features such as Facebook chat. It has been designed for users that have a limited internet speed and has, so far, had a positive response.

Facebook chat was released on the 23rd of April 2008. The feature allows users to communicate with each other through instant messages. A feature that is very popular but there have been some problems, including chat buddies that keep going offline, maintenance and messages not being delivered.

That aside, Facebook has also announced that users will be able to converse with their friends through the power of speech. The new feature, which will probably be called 'Facebook Voice Chat', won't be powered by Facebook but a third party company called Vivox. Vivox is a company that designs voice communicating chat for online games such as Everquest, Second life and Star Wars galaxies.

Troy Stanley, CTO of Resource Techniques, predicts that 'Facebook Voice Chat' will be popular; 'Millions of users will be able to chat to their friends, for free, on Facebook. All users have to do is install a plug-in [an extension of your browsers computer program] and they'll be able to speak to their friends across the globe.

Troy Stanley continues "With Facebook being so popular, I wouldn't be surprised if other online voice services such as Skype saw a dip in usage. It will depend on how reliable the service is."

Resource Techniques is an IT provider for property professionals specialising in web design for estate agents, Search Engine Optimisation (SEO) services and estate agent software. Click to view our portfolio of estate agent website design or contact us for more information.