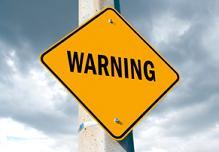 The attack was a 'denial of service' attack. A Denial of service attack happens when legitimate websites are flooded with traffic so that they are inaccessible by the public.

Troy Stanley, CTO of Resource Techniques, comments: 'These attacks can be fairly routine on major websites, but they have inbuilt mechanisms to deal with such attacks. It is unusual that both Twitter and Facebook both experienced this attack.'

It has been reported that Facebook experienced delays with logging in or navigating around the website, but the site was not inaccessible.

Troy Stanley continues, 'Companies with such a high profile are prime targets for such an attack. Hackers see it as an ego boost and as a challenge. With large organisations such as Twitter and Facebook, they will have a team of experts vigorously working to resume service as soon as possible.'

Some reports have mentioned that it could have been a 'kid' that caused the attacks. There are also reports that an attack was a personal vendetta against a Georgian blogger called 'Cyxymu'. Cyxymu's blog expresses concern over actions, on both sides, of the Russian and Georgian conflict.

For full security for your estate agent website, the latest Search Engine Optimisation (SEO) services, and expert advice from Troy Stanley, contact Resource Techniques on 0208 457 4777 or visit our contact us page.