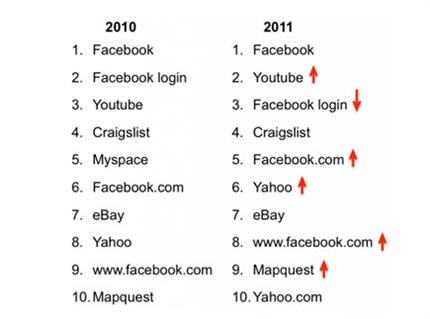 Following the major engines themselves, Experian Hitwise announced the top search terms of 2011.

Experian Hitwise looked at the top 1,000 search queries of 2011 and found that Facebook topped the list for the third year in a row.

Beyond the top 10, Hitwise said that social networking related terms dominated the results and increased by 12 percent compared with 2010.

Social networking is continually growing and Estate Agents should recognise the potential of using and marketing through these channels.