With Apple having sold 15 million iPads in 2010 and an estimated 45 million tablets to be sold by the end of 2011, everyone’s jumping on the must have gadget.

With all the world’s biggest computer companies releasing their own tablets, choosing the right one for you may seem a bit overwhelming.

So we’ve put together what we believe to be the top 5 tablets of 2011 based on usability, cost, functionally and general spec.

This is quite an impressive attempt by Blackberry, although due to its size (7 inch tablet), it may lose some of its appeal compared to the other tablets on the market. Although it’s easy to use and its performance is brilliant, what really sets the Blackberry Playbook apart from the rest is its web browsing. This is definitely the best tablet for web browsing due to its excellent implementation of Flash. 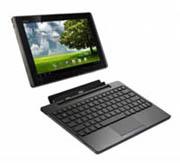 The Eee Pad Transformer, a 10-inch tablet with a dual core NVIDIA Tegra 2 CPU that runs Android 3.0. What sets the Eee Pad apart from the rest is that it gives you the option of using a keyboard dock that also functions as an extended battery. The keyboard dock can give the tablet up to 16 hours more life.

ASUS says that the apple iPad has two weaknesses, lack of choice and limited productivity (content creation). With the tablet doubling as a laptop it covers all the bases of usability. 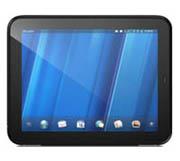 The HP Touchpad is a 9.7 inch tablet with lots of brilliant features. It’s major fault may be that its actually not that much different to the iPad, although at around the £300 mark it’s a lot cheaper than the latest iPad.

The HP Touchpad has the potential to trump the iPad with great multitasking features, better integrated notifications and messaging. 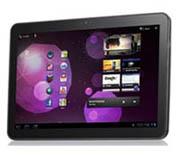 Trumping all the other Android tablets, the Samsung Galaxy 10.1 definitely challenges the iPad. If it wasn’t for its price (£559), it could have been more of a threat to the Apple iPad.

The 10.1 inch Galaxy tab is slightly bigger than the iPad and slightly lighter too; everything about the Galaxy is almost to pair with apples iPad so why is Apple's iPad still number one? 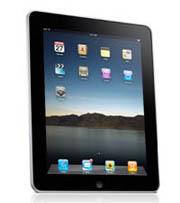 The latest tablet release by Apple didn’t disappoint, the iPad 2 still controls the tablet market. It just has too many factors in its favour; battery life, the huge selection of great apps, usability and of course its price. Although the iPad 2 didn’t bring in any revolutionary new changes, it still managed to improve on appearance and ease of use due to it being thinner and of course lighter than its predecessor. Apple has also updated its processor and display.

The Apple iPad will be a tough one to beat, ensuring its reign as the best tablet for now.