Time to buck the trend in social networking 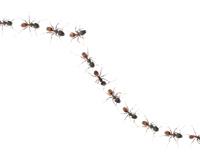 There are still many Estate Agents that are yet still to sign up to social networking and engage with local people. To those that haven’t, remember that there is still time to promote your brand name through communicating with local people.

For those Estate Agents that have ventured onto the social networking giants Facebook and Twitter, give yourself a pat on the back. Although the anti-Facebook is set to be released, social networks have not yet reached their pinnacle of memberships and seem to have a bright future of continued growth.

So what can Estate Agents do to buck the trend in social networking and what would be the point?

The first trend that Estate Agents should buck is the lazy trend of only posting houses from their portfolio. This is simply named spam. Not the ham-in-a-can but those repeatedly annoying messages that are not relevant to you. By taking this step you have surpassed.

The next trend to buck is expecting that people will actively come and talk to you. By using Twitter’s search feature, Estate Agents can find local people. It is then up to them to interact and engage with these people. Discuss local events and show that you are the expert in your area.

The final trend to buck concentrates on time scales. What Estate Agents need to do is think about when people are most likely to use their social networking.

If people are working, the time in which they are most likely to use Facebook or Twitter is during lunch, the ‘clock-watching’ hour before they go home and then the hours after work. Not everyone has the same routine, but it is worth thinking about the times when people are more likely to check in.