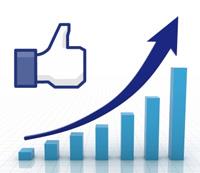 Facebook is among the top visited sites on the web, only missing out on the top spot to Google. Just over 25 million unique UK users visit Facebook every month, meaning just under half the UK’s population are actively using the social network and Facebook is even more popular in many other countries with Brazil reaching around 76% of its countries population every month.

Since the launch of Facebook in 2004, the social giant has managed to pass many milestones and is now on its way to reaching a billion active users around the world.

Here are some of the key achievements Facebook has had over the last 8 years:

Amazingly Facebook continues to grow worldwide with analysts suggesting it may reach the one billion mark by the end of the year!

Currently Facebook is the most popular Social Network worldwide with 901 million active users but how popular is Facebook compared to its competition: