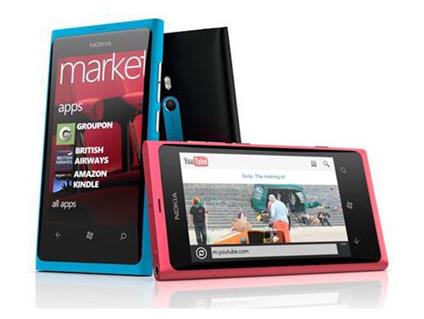 The Nokia Lumia 800 is the word’s “first real windows phone” and Nokia is going big with this one as it tries to gain a bigger slice of the Smartphone market.

Following in Apple’s recent iPhone 4S launch, Nokia have decided not to make any extreme design changes meaning the Nokia Lumia 800 is a Window Phone Mango handset in a Nokia N9 shell.

How does it intend to make an impact?

As well as extending the battery life which Nokia claims 13 hours of talk time (which is very impressive for a smartphone).

Nokia are also offering a cheaper vision, the Nokia Lumia 710, with a 5MP snapper and customisable back covers. And seven hours of talk time.