The iPad Mini released, but is it worth the Apple price tag? 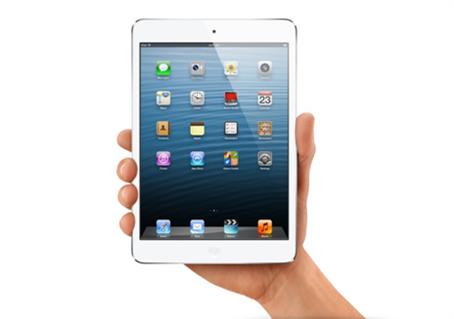 Apple has announced the iPad mini. With a new design, the iPad mini is just 7.2mm thick and weighs just 308g and the big news is that it packs a 7.9-inch, 1024x768 screen which is the same resolution as the iPad 2.

Apple were keen to stress that the new iPad mini has a 35% larger display over the top Android Tablet, the Nexus 7 and allows users to see 49% more web content on screen.

Due to the screen’s resolution it also means that the 275,000 iPad-specific apps will run flawlessly on the new iPad mini.

The Specification – Every inch an iPad

The iPad mini is a pretty impressive device however it falls on the last hurdle... The price tag! The iPad mini 16GB with WiFi starts at £269...

This kind of price difference is impossible to ignore, even if you are a diehard Apple fan. This could even be substantial enough to have you alter that Christmas list of yours.

So is the slightly larger (but less dense) screen of the iPad Mini, coupled with its app selection, rear camera and metal build quality worth £100 or £200 extra to you? Or are you won over by the slickness of Jelly Bean, quad-core power and denser screen found in the Nexus 7?