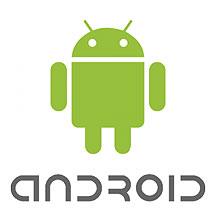 Here at Resource Techniques, we love the iPhone. It is a great smart phone with the biggest mobile market share in the UK, but it would be nice to see some variety – after all there is more than one mobile on the market.

To correct this we have decided to give you the top 10 apps available to download on the Android market. Estate Agents, hold on to your hats:

The Perfect App Protector is the perfect remedy for this. It allows you to protect individual applications so that your friend can’t use Facebook to update something silly or embarrassing.

Amazingly this nifty app protector is absolutely free, but Estate Agents pay for the full version they won’t receive any ads for £1.09.

With Facebook’s popularity, there wasn’t any doubt that we were going to include the biggest social network in the world.

As always, the best thing about Facebook is that it is free!

This is a must have for Estate Agents that want to use their Android for business. As the title suggests, OfficeSuite Pro gives Estate Agents the full range of office programs including Word, Excel, PowerPoint.

This has got to be one of the best apps out there.

For anyone that has had technical support where they take over your computer will know the magic of remote access. Now android users can recreate that magic by taking over their computer whilst on the go.

LogMeIn Ignition app allows you to do just that, and at a price of £9.11, you’ll never leave your computer ever again!

As an iPhone user I was flabbergasted when I found out that the Android app store included antivirus app software. It’s clearly a requirement so let’s move on.

A quick search has shown that there are many paid and free anti-virus android apps, but using the average user rating I’d suggest the Anti-Virus Free, or if you’re willing to pay the momentous price of £6.05 Estate Agents can splash out on the Anti-Virus Pro.

There’s not much to say about this app. Thetrainline.com is one of the UK’s biggest websites for checking train times and buying tickets online.

Now Estate Agents can fulfil all their travel needs straight from their mobile on Thetrainline completely for free.

We’ve written a few articles on Google+ including ‘an exclusive look at the new Google+’ and ‘Google+ for Estate Agents’. For those that aren’t sure, Google+ is Google’s latest social network that has made many tongues wagging.

The Google+ app is completely free and allows android users to access their favourite social network and instantly upload videos and photos.

With many +1 buttons (similar to Facebook’s ‘Like’ button) popping up on many websites, we suggest that Estate Agents keep their eyes out on this social network.

Almost forgot to mention Twitter. I use the twitter iPhone app more than any other app and there’s no reason why I wouldn’t install it on the Android. In fact it’ll probably be one of the first apps that I’d install.

This Android App is unbelievable. Not only does it let you talk (call) other app users for free but it also lets you text message them, again, for free. This means that if all your friends were also Android users and downloaded this app, there would be no need for paying your mobile company for calls or texts.

TiKL – Touch To Talk is completely free to download.

Estate Agents can download the Music app for free and request an invitation for Music Beta by Google here.