Some interesting figures for Commercial Agents 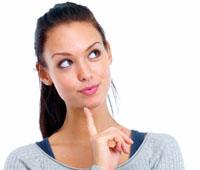 Although it still remains to be seen whether some of these channels could benefit the small to medium sized commercial agency, undoubtedly LinkedIn is a must. So with that in mind, here are some findings that may be of interest:

The common misconception that I come up against in the commercial property sector is that social media is only for the young and junior staff. This is certainly not the case with LinkedIn where CEO’s, MD’s Owners, Directors and managers make up 39% of all membership.

Have you sorted out your profile yet?