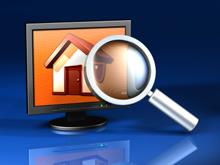 Social networking is everywhere. It has been talked about in movies (and is now a movie starring Jesse Eisenberg and Justin Timberlake!), it has been quoted in soaps, it is always in the news, and now the Oxford American Dictionary has placed it as word of the year:

"To remove someone as a 'friend' on a social networking site such as Facebook."

Many veterans of Facebook will be fluent in 'unfriending' whereas people who are new to Facebook will find it an alien concept. For those estate agents who are unsure, this phenomenon tends to occur on Facebook when a person has lost contact or no longer speaks to another person. Again this usually happens to people who have a major situational change such as moving to a different area, changing jobs or splitting from a partner.

Troy Stanley, CTO of Resource Techniques comments, 'In 1998 the Oxford English dictionary included the term 'LOL' which means Laugh Out Loud. This was a sign of language evolving directly from the internet.'

'Eleven years later, the word 'unfriend' has been added to the dictionary, showing exactly how big social networking has become. This should be another sign that estate agents must start embracing social networking and integrating it as part of their online marketing strategy.' - Troy Stanley.

There have been a few other terms added to this year's dictionary. They are:

Are there words here that shouldn't be in the dictionary or have they missed out any? Let us know on our Facebook fan page or our Twitter Profile.