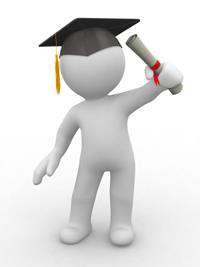 Many Estate Agents that experience social networks for the first time usually complain that it is “alien” or “like another language”.

Here at Resource Techniques, we have decided that any Estate Agents new to social media should have their first ‘leg up’ onto 2 of the main social networks used in the UK – Facebook and Twitter.

Each section below contains names and definitions that Estate Agents can expect to discover when implementing their online strategy.

Facebook is the UK’s most popular social network with just under half the population possessing their own account. Due to the numbers of users and familiarity, it is no wonder that many Estate Agents decide to start with Facebook before moving onto other social networks.

Twitter is the SMS love child of the internet. It allows users to post and communicate within 140 characters. Many Estate Agents I talk to find twitter the most usual network to adopt and many find that its nuances strange and unexplainable.

The new style of retweeting is to simply press the Retweet link that appears when you hover over another user’s tweet. Their tweet then appears to your followers as if they were following that user (showing you as a reference).

Hashtags can be used as adding a search term, or extra information to a tweet or they can be used so that everyone at a particular event can follow everyone else that is also tweeting from that event.

Of course Facebook and Twitter are not the only social networks that are in the UK, but for Estate Agents starting off their social media it is recommended that they get to grips with these before moving onto other social networks.