Reasons why you are crazy for dismissing the iPhone 4S 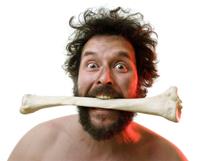 Still annoyed about the announcement of Apple’s iPhone 4S when you were expecting the iPhone 5?

Last week everyone clearly stated their disappointment after the announcement of the iPhone 4S rather than the more anticipated iPhone 5. This led to Apple’s stock dropping and Apple fans complained in mass throughout the social channels.

In all honesty, the iPhone 4S is exactly what the rumours had suggested the iPhone 5 would be... (apart from the design of course). The 4S has an A5 processor, an 8-megapixel camera which is a massive improvement over the iPhone 4, is able to run applications brilliantly and more importantly is going to be available in a huge 64GB size option.

As for the redesign of the phone, we still think the iPhone 4 still looks better than the majority of the smartphones on the market. None of the rumours of the new shape seemed to be that mind blowing and would probably have been slated by the critics if the rumoured designed was released.

In my opinion the people that should be more disappointed aren’t the would-be iPhone 5 users but the people who were waiting for the iPhone 4S. The rumours along with the iPhone 5 was that there was going to be a lower-cost handset, which was indicated to be the iPhone 4S that would be considerably cheaper.

For those of you who are still upset that the iPhone 5 wasn’t released last week, the iPhone 4S has everything that the rumours had suggested and more.