Norad’s Santa Tracker is back! 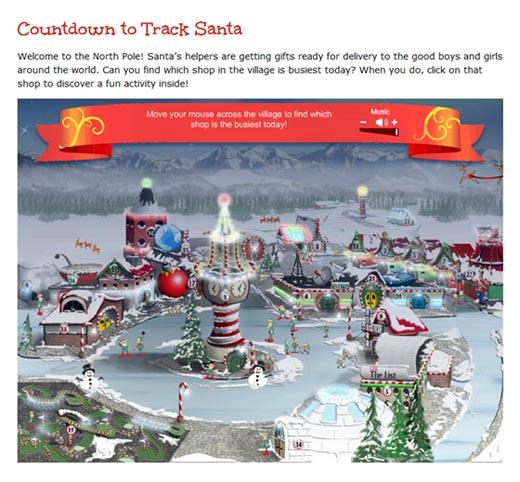 Google and NORAD (North American Aerospace Defence Command) have teamed up once again, allowing you to follow Santa’s journey on Christmas Eve. This Christmas Eve you will be able to follow Santa on his trip around the world on Google Maps, Google Earth and various Social Networks including Facebook and for the first time Google+.

Another first for Norad’s Santa Tracker is you will also be able to track Santa with your mobile phone with the introduction of iOS and Android apps and what makes it even better is the Norad apps are free to download.

Can’t wait for Christmas Eve? Check out the Countdown to Track Santa, where you can play Christmas related games and see what’s going on in Santa’s work shop.

Fun fact:
Norad’s tradition of following Santa’s journey began in 1955 when a local Sears store in Colorado misprinted the telephone number and children thought they were calling Santa, but actually were calling Air Defence Command (NORAD's predecessor) instead.