Nomophobia and the commercial agents 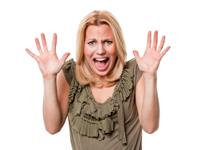 Do you dread a lack of phone signal, panic if it isn’t within grasp at all times and come over all faint and unnecessary if your phone is down to its last dregs of battery life?

If so, then you could be suffering from Nomophobia or simply a fear of being without mobile technology. The phobia was first reported in 2008 and a study carried out last year found that 66% of respondents actually feared loosing their phone. Other symptoms include continually checking for emails and texts; constantly worrying about running out of battery and never being able to turn the mobile off. Does this sound like you? Are you one of these poor sufferers that will rarely go to the bathroom without having their phone with them?

The survey found that symptoms were worst within 18-24 year-olds, 77% stating that they became uncomfortable if they were away from their phones only for a few minutes.

In a separate study into mobile behaviour carried out by Telenav in 2011, respondents were asked what they would rather give up on a daily basis before their mobile phone. 70% said Alcohol, 63% chocolate and 55% caffeine. Worryingly 20% said they would give up cleaning their teeth on a daily basis.