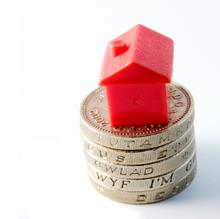 The iPhone is the most successful mobile to have ever been invented. Released on the 29th June 2007, it took just over 3 months to sell 1 Million units. Fast forward 3 years and the iPhone 4 has had 1 million pre-sold units on the release day.

One of the reasons that the iPhone has been so successful is due to outside developers to creating apps. There are now an incredible 200,000 downloadable apps and with 99.4% of mobile app sales in 2009, Apple is a clear leader.

It wasn't long till someone thought that people shouldn't have to pay for app downloads but be paid for downloading apps to their iPhone - this is where Apperang comes in.

Apperang is a simple. Estate Agents will be paid $0.25 for every single application that they download through them. If the app isn't free, Apperang will also cover the cost for downloading the app.

Troy Stanley, CTO of Resource Techniques comments, 'This is a great advertising model and will certainly ensure that an unknown or brand new app is not just sitting on the digital shelf.'