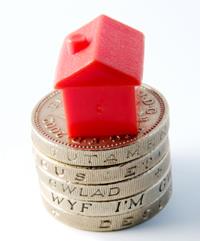 Estate Agents, the rumours are rife that giant Google has placed a bid to buy the successful website Groupon.

For those that are unsure, Groupon is a ‘deal-of-the-day’ website that has huge popularity in the United States and Canada and has expanded internationally including European, South America, Russian and Japanese markets.

What happens is the retailer puts forward a deal with a minimum requirement for people to sign up. If not enough people sign up, the deal becomes invalid and no one gets the deal.

Although this is not yet official, it is important to realise the implications of such an acquisition.

Google buying Groupon means that this deal system has to be incorporated somewhere into Google’s system.

There are two possibilities here. Google can either set up a separate area or page for their new purchase or they can integrate into the Places facility.

Integrating a deal system into Google Places will not only give people a greater reason to use Places for more than directions but could also allow Estate Agents to place offers marketed directly at the people who are looking for them.

These could consist of a range of offers that Estate Agents currently promote including ‘free valuation’, ‘No sale no fee’, ‘free EPC’ etc.

The problem is that Groupon is currently an e-commerce website and only promotes offers that are transactional.

In the end, it is more likely that Google will create a separate area for the newly acquired offer system.