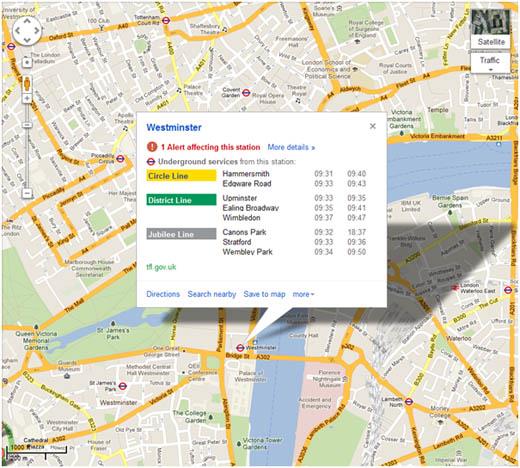 If you are planning to visit London this summer then you will be pleased to hear getting around on the London Underground will be easier than ever with Google’s live Tube updates.

Google ahead of the London Olympics 2012 have incorporated live Tube data into Google Maps allowing users to see if the train is running on time before waiting around for ages in the painful heat of the London Underground during the summer months.

In addition to the real time service alerts, Google have included planned engineering works and a Journey Planner.  The journey planner will allow travellers to estimate journey times using the ‘Get directions’ tab meaning you won’t run into any surprise delays on the day.

This addition to Google maps is great news for both Londoners and tourists in the capital as around a billion people use the London Underground each year.