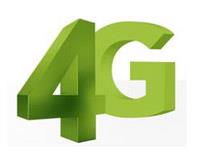 With 4G already available in nearly 30 counties, it has been an excruciating wait for 4G to hit the UK. Although we still have a long wait, communications regulator Ofcom have announced that 4G should be rolling out to all of the UK by the middle of next year.

Before the release of the 4G, mobile service providers will bid for the rights to different bands in the 4G spectrum.

The 4G spectrum sale was originally planned to go ahead in early 2012 but the bidding will now commence at the end of the year, with the winner being determined early 2013, allowing the mobile providers to get ready for the release in mid-2013.

When this sale occurs, the auction will be planning to sell off 80% more of the mobile spectrum than the 3G auction back in 2000.

Ofcom says this will mean that 4G will supply 98% of all villages, towns and cities across the UK which will be a huge step up from our current 3G providers.