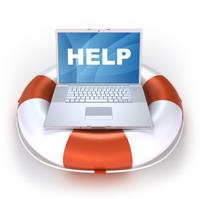 The year was 2006, the 20th Winter Olympics was held in Turin and the FIFA World Cup, held in Germany was won by Italy.

In Rugby, the RBS 6 Nations was won by France and Lansdowne Road hosted its last game before being closed for redevelopment into the more romantically named Aviva Stadium.

Helen Mirren picked up an Oscar for her lead role in The Queen. Alonso became Formula One Champion for the second time in a row, driving a Renault and Michael Schumacher announced his retirement.

2006 saw an unknown band of spotty teenagers from Sheffield called the Arctic Monkeys became an Internet success story. And at that years IPD/IPF Property Investment Conference in Brighton, a captivated audience of commercial property professionals were being told by the Bank Of England’s Executive Director for Financial Stability that “current market conditions are very buoyant, with recent returns substantially higher than the long term average…”

Oh it all seems a lifetime away. So much has changed in those five years, and yet for a huge proportion of the country’s Chartered Surveyors and Commercial Agents some important things have just stayed the same. Boring and ineffective.

The chances are that your present company website, that ‘shop window to the world’ that represents all that’s wonderful about you and your staff, is still the same as 2006.

In that time many have felt the need to regularly upgrade the car and the pinstripes, to ensure “we project the right image” of course. Amazingly though a huge amount of UK Chartered Surveyors and Commercial Agents haven’t felt the need to update their website

Despite providing clients with an intangible service, which can be provided by numerous other competitors, these commercial agents believe that an out-dated website with old technology and old-fashioned branding will make them standout from the crowd. Well in a way it does, but not in a good way.

Back in 2006, Facebook was still limited to college and high school students, YouTube was just finding its feet and the launch of the iPhone was a year away.

Google Street View was only launched in May 2007, but today all leading property websites whether residential or commercial feature Google enhanced mapping and Goggle Street View as standard. This is simply one of the developments that your old website will be missing.

Sadly, an out-dated website will not be serving your business or the commercial property investors, developers, tenants, landlords and vendors who may be considering your services.

How Have You Changed?

Just consider how the market and your own business has changed in those 5 years and how your website represents those changes:

Your team has changed

Sadly, the chances are that a sizable number of the UK’s Chartered Surveyors and Commercial Agents will still be working with a website that is actually even older than 5 years.