Is Google slipping in the UK search market? 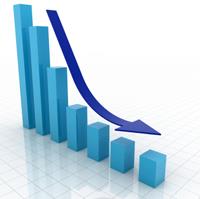 Does anyone actually use anything else other than Google for their search needs? Apparently so, as Google’s dominant market share over the UK has actually slipped for the first time in five years, dropping below the 90% mark.

Clearly this isn’t a huge drop, in fact it has only declined 1.41 per cent in the last year so is Google in trouble? Obviously not, Google still dominates the search market with 89.33 per cent share, with Bing in second place with under 5 per cent market share.

In October Bing, Yahoo! And Ask all had a slight gain in their usage by the UK public, with Bing almost having a 1 per cent gain.

However Bing may rise a little more over the next few months with the release of Windows 8 which is likely to bring further uplift in figures for Bing as it will be the default browser for all Windows 8 devices.