Is Apple’s iPhone on the decline? 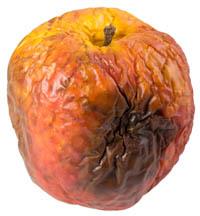 The tech giant saw a decline in its share prices, dropping 3 percent after Apple slashed their touch screen order by half for the iPhone.

According to reports, Apple asked Sharp, LG and Japan Display to cut the supply of LCD panels used in its iPhone 5.

Analysts are unsure whether this reflected weak demand for the device or that they are in fact gearing up to release a new iPhone early than expected.

Apple is facing increasing pressure in the Smartphone market from Samsung. Samsung now have a 31.3 percent market share in the third quarter of last year which is more than double Apple’s 14.6 percent share.

Samsung also announced that the Galaxy S III had sold more than 40 million since it went on sale last May, bringing its total sells of the Galaxy S Smartphones to 100 million since they first released it back in May 2010. This includes the original S, S2, S3, the S Advance and the S plus.

However, the figures may not have been publicly released yet but Apple is expecting to have sold around 74 million iPhones in the last quarter of 2012 alone. Apple is expected to reveal their iPhone sales for last year towards the end of the month.

With that being said analysts do expect Samsung sales to increase by more than a third in 2013. Extending their lead in the Smartphone market...

Could 2013 be the year Apple’s iPhone loses its grip on the Smartphone market? I guess we will have to wait and see what this year has to offer with the Galaxy S4 and the iPhone 6 releases.