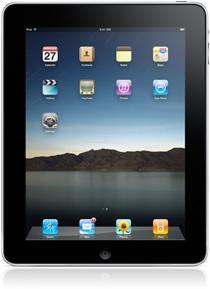 The iPad is one of those gadgets that has created a market and has had huge speculation over its possible success. In recent news the iPad has silenced critics by beating the iPhone and selling 1 million units just 28 days after its release, whereas the iPhone took 74 days to sell.

Three weeks ago Resource Techniques covered an article on 5 fantastic iPad videos and we even linked to a video showing an iPad in a blending machine. After such a fantastic response the web design for Estate Agents team scoured the internet for more shocking videos of iPad abuse.

After extensive researching the team came across two videos that prove some people have way too much time on their hands (and possibly too much money).

In the first video we see an iPad grafted onto some wheels and transformed into a mini skateboard. The results aren’t at all surprising but the resulting falls could make a ‘You’ve been framed!’ gadget special.

Troy Stanley, CTO of Resource Techniques comments, ‘There is no way I would even consider using an iPad as a skateboard, although it wouldn’t surprise me if someone uploaded a video ‘Skiing on the iPad.’