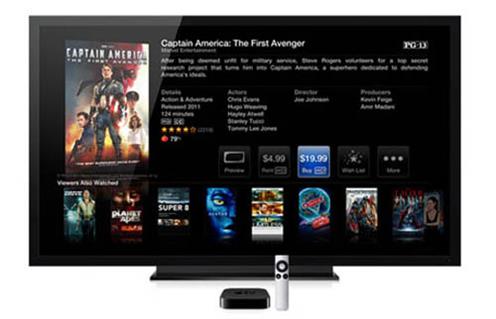 For Apple fans who are eager to get their hands on the iPad Mini and the Apple TV, we may have some good news for you.  Experts have revealed that they are expecting both will be released within the year.

Sources have revealed that the iPad Mini is “highly likely” to be released within the year as to compete with the increasingly popular mini tablet market. The same source also said that they have had talks with manufacturers in Asia who are already supplying Apple with components for the Apple TV.

The industry expert said “the TV thing is real. It’s just a function of time.”

Their best guess for a timescale for the Apple TV was that it is likely to be unveiled at the end of 2012, with a launch date in early 2013. However the early versions are likely to rely on Apple TV set-top box but later version will have it built into the TV.

Apple currently has 90% of the 10inch tablet market, but only 75% of the tablet market as a whole. It makes strong business sense for Apple to expand it’s a product line to the low end of the market.

Apple’s iPad Mini will be released to compete with other 7inch tablets such as the Nexus 7 and the Kindle Fire; however it will go against the late founder Steve Jobs wishes as he frequently dismissed the idea of tablet smaller than 10inches.