Internet speeds – a utility for a generation 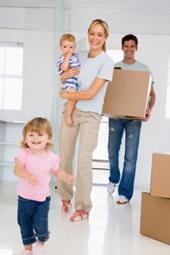 The internet has slowly wriggled, squirmed and burrowed into our daily lives since the dialup connections of the 1990s. Now 20 years later we rely on the internet for a whole range of everyday uses including, communication, leisure, social, retail, and last but certainly not least… information.

Information is a drug, and we are now hungrier for fresh information than we have ever been in our entire human history.

Reports are surfacing that in collaboration with British Telecom (BT), internet speeds will be included alongside each individual property.

One of the first reactions I witnessed on Twitter this morning was disbelief that internet speeds will truly affect a buyer’s decision when choosing their next property.

Offering a dissenting opinion, I now believe that internet has now become necessity that, just like a utility that we do not notice it is there until it has stopped working – just like running water.

With that in mind, a truly poor internet connection could very easily put off a lot of prospective buyers. Up to that moment they will have also taken the internet for granted until they are faced with the fact that will have to live with no or minimal connection to the virtual world.

Ask yourself this, could you live without internet?