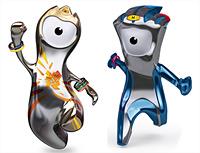 For those chartered surveyors and commercial agents operating in East and Central London, the Olympics may be making life that little bit harder. Then again, many may have said ‘what the hell’ and written the next few weeks off.

However the Olympics are effecting your day-to-day business, it would take a very tired, boring old cynic not to have been impressed by the events happening in the Olympic Stadium in Stratford on Friday night (27th July).

Danny Boyle's idiosyncratic and irreverent show has provoked huge reaction right across the globe, most of it positive. Many loved the British sense of humour and eccentricity, one Australian commentator describing the show as “brilliant but bonkers”. In China, one journalist asked if this would be the “most Rock and Roll opening ceremony ever?” It surely was.

In fact in a poll carried out on a Hong Kong TV station, viewers were asked if London’s event was better than their own? Amazingly 33% replied yes to 31% who said no.

It seems that the tweeters-sphere was also buzzing on Friday night with chat about the show. According to data released by Twitter this week, tweets mentioning the Opening Ceremony hit a staggering 9.66 million during the televised event on Friday.

Interestingly it was Rowan Atkinson's Chariots of Fire' rendition that recorded the largest spike in Twitter conversation. The show even featured the inventor of the worldwide web, Tim Berners-Lee who sent his own live-tweet during his appearance in the ceremony - "This is for everyone #london2012 #oneweb #openingceremony @webfoundation @w3c". His message alone was retweeted over 10,000 times.

The BBC's director for London 2012, Roger Mosey also tweeted that Friday's viewing figures were "absolutely amazing" with the UK TV audience hitting a peak of 27million views. This equated to an 82% of total audience share for the evening.

The London 2012 TV figures have dwarfed those of previous ceremonies:

This trend was the same across the Atlantic where an average US audience of 40.7 million topped the previous record of 39.8 million set in 1996 for their own Atlanta Games. Its been estimated that the opening ceremony reached a global audience of 4bn.