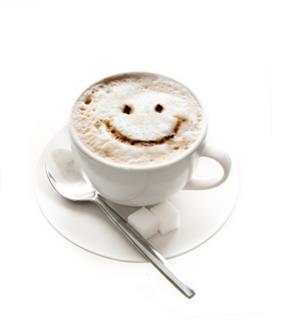 Last week Google announced their new web indexing system “Caffeine” had been completed, making Search Engine Optimisation for Estate Agents faster and more of a live obstacle than ever before. This new web indexing provides 50% fresher results for searches than the old Google index. Making it even more important for estate agents to write articles for their news feeds.

How Google’s index used to work was quite similar to the index at the back of a book, they would scan through it and bring back the results most relevant to the query.

So why has Google decided to create this new indexing system? Well they have obviously noticed how the web has grown in this new age and not just in size and number but the coming of real-time updates, social networking, video, images, news feeds and live blogs. It isn’t just that more is going into the web, the quality of the web is dramatically improving making the average webpage richer and more complex. Now people are expecting more from search, they want everything faster and more relevant and publishers expect to be found instantly.

So this is Google’s solution... Caffeine.

The old index worked in layers some of which refreshed faster than others and the layer would update every couple of weeks. They would have to analyze the entire web which would obviously take a while for a page to be found and made available to the user.

Caffeine allows Google to index web pages on a vast scale, analyses the web in smaller portions and updates the index on a constant basis. As new information is uploaded or new webpage’s are added , Google can add them straight into the index. Giving the user fresher information!

And due to Caffeine being able to work with such a huge scale it can process hundreds of thousands of webpage’s every second in parallel. If the new index was a pile of paper it would grow three miles taller every second!

Caffeine adds hundreds of thousands of gigabytes of information everyday and Caffeine alone takes up nearly 100 million gigabytes of storage in one database. So to give you an idea of how much information that really is you would need 625,000 of the largest iPods to be able to store that information and if you stacked these in a line they would stretch over 40 miles.

So there you have it, fresher, more relevant information given to you faster with more of a comprehensive search across the internet.

The changes of Google to the average users may not seem too great, especially if they don’t use search engines frequently but for Estate Agents that want their website to become more visible at a faster rate Google has made that possible.