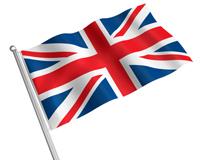 So what’s been trend this year? “The Olympics” may have seemed like a safe bet for the most searched term in the UK for 2012, but according to Google, “Euro 2012” took the title.

“Olympics tickets” came in second due to the thousands of people trying to get their hands on seats for the event but what did the rest of the table look like?

Singer Whitney Houston, who died earlier this year, was the most searched person followed by the Duchess of Cambridge, Kate Middleton.

Also featuring in the top 10 was NatWest due to their glitches in the bank’s computer system in June that left millions of customers unable to pay bills or withdraw money.

The tech trends were also revealed:

Surprisingly the iPhone 5 didn’t make it into the top 10 but the Samsung Galaxy S3 took 8th position.

Many other categories were also included in Google’s report including the “What is” poll, with “love” taking the crown, followed by “What is the iCloud?” and “What is 3G?”.

London was also unsurprisingly the most searched City in the UK and Skyfall was the number one trending movie.

So what will 2013 bring us in trending topics?