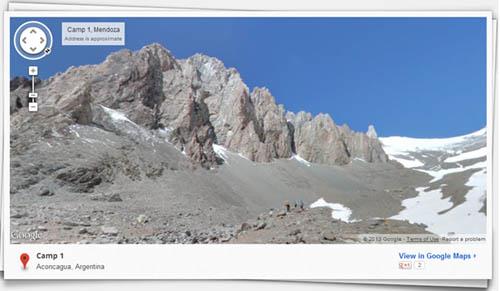 Google Maps has once again improved Street View in several major UK cities. Alongside this they have also added areas that were previously unchartered.

Streetview cameras have retraced thousands of miles in London, Cardiff, Manchester and Glasgow.

It’s not just the larger cities that have been remapped by Google Street view but parts of East Anglia, South Wales and the Scottish coastline were added for the first time.

Beyond the UK improvements Google has also expanded Street Views presence across the continent, including Bulgaria for the first time as well as 200 new towns and cities in Russia.

Have you ever wondered what it is like to climb to the top of the tallest mountains in the world? Well now you can do it risk free with Google Maps.

Google Maps has just added stunning imagery taken while climbing the highest mountains around the world, including Mt. Kilimanjaro and Everest Base Camp.

If you want to take a look at the full collection, click here.