Google buzz for Estate Agents - what are the pros and cons? 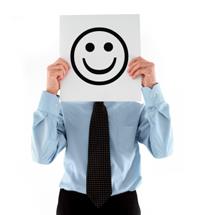 There is a lot of buzz around Google Buzz. Will it rival the most popular social networks? Or will it simply fade into the background?

Well Google Buzz hasn't got off to a bad start. According to Google themselves, within 3 days Google Buzz users posted more than 9 million posts. This is a staggering amount and works out around 2,667 messages per minute. Ignoring the fact that Google Buzz automatically feeds from other social networking websites, this is an incredible statistic.

So what are the advantages and disadvantages of using Google Buzz? Firstly, since Buzz is integrated into Gmail, it automatically picks out your contacts and adds them. This is perfect for Estate Agents who already use Gmail as their main account, but not ideal for Agents who do not.

Secondly after inputting you login information, Google Buzz will feed you information from Twitter, Flickr, Picasa, Google Reader, Blogger and Google Chat Status. As you can see, most of these are Google owned so Buzz in theory will act as a central hub for all your Google activity with your Google Profile as the front cover.

A third advantage is that Google also recommends feeds that you might be interested in, even from people who you don't know. Users can then decide if it interests them and also toggle how often they want to see these recommendations. In practice Google will then learn what you like and suggest it more often!

The two disadvantages thrown up over the internet are on its privacy and its lack of simplicity. Reports have stated that The Office of the Privacy Commissioner of Canada is concerned over the way Google Buzz automatically finds users. This office is the same one that caused Facebook to make privacy and policy changes so don't be surprised if they make changes to Google Buzz.

Overall Google Buzz seems to be aiming at being a central hub of online activity. Other social networks may be added in the future, so watch this space. In a final thought, Estate Agents and social networking users see Facebook as a pub and Twitter as the town hall, how will they see Google Buzz?