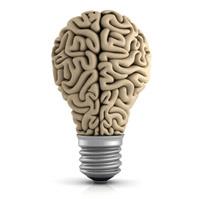 After two and a bit unforgettable years at Resource Techniques I will be moving to the sunnier shores of Australia, but before I go I would like to share the knowledge I’ve attained for working at such a versatile, dedicated and forward thinking company.

The property industry has some truly great people that are constantly pondering what’s round the next corner and what is the best way to use it to their advantage – whether that is on or offline, with or without technology. These people will help you at a drop of a hat, and best of all, highly opinionated which has led to some of the most riveting debates.

So, here it is. This is my final thoughts on Estate Agents using social media. Hopefully you’ll also recognise some parts where the property industry needs to change so that we can all move towards becoming more adept at this constantly developing online tool.

Last year a study showed that a quarter of all online activity was purely based on social media and of these people 42% checked Facebook or Twitter as soon as they awoke from their nightly slumber. If Social Media clearly has quite a hold over the human psyche, but why do we all assume that the majority of users are teenagers?

Funnily enough the same study stated that 85% of people are in the 35-54 age bracket with just under 40% of the UK population on Facebook, so are you still sure it’s only for teens?

Try to adopt the 90/10 ratio where you promote, at maximum, once every ten posts or tweets. The other messages should be used to engage, share and communicate.

Facebook is a hard nut to crack and many Estate Agent Facebook pages truly struggle to attract the number of fans that Twitter users so easily collect.

The reason behind this is down to the fact that the content (Articles, links, photos, videos) being uploaded to Facebook simply isn’t good enough. I’m sorry, but it is true.

Estate Agents that are excellent bloggers usually have a respectable amount of success, but the biggest success story comes from a realtor Linda Davis from Gales Ferry, Connecticut. Instead of only setting up a Facebook page, she also set up a local area page and regularly posts local news, photos and videos.

The best part of it is that the page is ever so subtly ‘sponsored’ by her Estate Agency.

I never really took to LinkedIn. Sure I could see the benefits of ‘The Facebook for business’, but then again, if I’ve already got one Facebook why would I want another one?

One of the biggest attractions of LinkedIn is the ability to join a group of professionals in your industry. Generally I found that the majority of groups either died from inactivity or were full of spam and once I fully uploaded my profile and my CV, then I left to use social networks that had more activity.

Of course this is only my opinion. There will be many Estate Agents that have found LinkedIn a lot more useful than I have done. I’ve certainly never heard of any Estate Agents winning instructions through LinkedIn, but then again it’s not for that.

The new boy that everyone’s talking about. Google+ is clearly exciting due to the potential implications for SEO (Search Engine Optimisation), but after the initial curiosity I’ve found that I’m using Google+ less and less.

There are several reasons for this – lack of activity, poor use of circles to filter out spam and lastly almost everyone I added was from Twitter. To make this social network unique I will have to follow a completely new set people so that I don’t see the same messages but on different social networks.

My Google+ profile is a work in progress.

Sure, when you first start using any social network you will be venturing into unfamiliar territory (and even twitter seems to have its own language) but we all have to start somewhere.

If this rings true for you, do not whatever you do become disheartened. These things do take time but if you take 5 minutes out every day (maybe even whilst you’re having a tea/coffee break) and before you know it you’ll be ready to create an informed strategy for your Estate Agency.

Knowledge can be learnt, but passion comes from the heart. You have to want to engage with people and develop lasting relationships otherwise your online personality will be soulless and will struggle to attract the public attention that you desire.

Whether it’s sending a private message to someone or automating your tweets to promote testimonials or available properties, we firmly believe that this behaviour is not acceptable.

By its definition, the words ‘social’ and ‘networking’ means that you have to talk to people. One of the best metaphors for social networking is that it’s like one big party. If you talk to people, share stories, tell a few jokes, and generally be lively, people will be naturally drawn to listen to what you have to say.

Could you imagine if you were at a party and someone came up to you and automatically started delivering an obvious pre-rehearsed speech on what service they could provide or literally sitting in a chair talking to people and not with people. You wouldn’t exactly think ‘You know what, I want to be friends with that self-centred idiot’.

Want to take Social Media seriously? Get yourself a smart phone. Some of the best Estate Agents, service providers or buying agents use their mobile to update whilst on the move.

Now every single update won’t exactly be ground-breaking, but even something from their personal life such as a photo of their dog/cat will make people feel that they know you.

Easiest thing to do is to hand your Social Media to an office junior, but then again, that’s OK.

Sure hand it down to the office junior, but never forget that their limited experience doesn’t come close to the years of knowledge attained by working in the property industry. You know your area and the properties that inhabit it better than anyone.

From my experience, people get on best with a person and not corporate logo. Luckily for Estate Agents, you’re not a big corporate machine and have the chance to make your brand more personal.

Although your reach won’t be as big, you have the ability to emotionally connect with local people to create some of the biggest positive individual reactions.