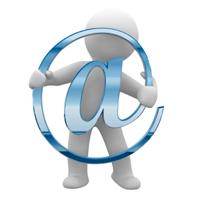 Before you read on, Estate Agents make sure you are well versed on how to appear on Facebook’s top news. This will help increase the amount of clicks from Facebook to your website.

At the summit it was revealed that 350 million users worldwide are sending 4 billion personal messages a day. Project Titan was inevitable.

‘Project Titan’ is Facebook’s completely new version of its messaging system. Being invitation only and only two invites per person, it could be some time till we see its widespread use here in the UK.

Once invited, a user’s messages page will show an update screen where users get to claim their personal @facebook.com email address, although Mark Zuckerberg fully stressed that this is not an email service.

In this new messaging service, the subject line has been completely removed and is instead categorised by people. Not only this, but the message system designed so that you can receive messages across multiple platforms.

This means that if you’re chatting on Facebook chat (and its working) and one of you has to leave, your conversation can continue through Facebook’s (non)email or SMS all via Facebook’s new messaging system.

Not only that, but Facebook has included an extra privacy control in which users can select the people that can email them.

The future: It is doubtful that people will completely migrate over to a Facebook email address. It is more likely that people will simply use Facebook’s messaging system in the exact way that they’re doing now – for family and friends.